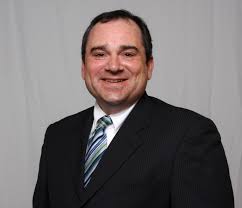 Walter Schummer moved to Cannington in 1999 with his wife Lisa.  Walter and Lisa were looking for a friendly community to find a home in and start their family.  They found a fabulous home in Cannington and knew it was the community they wanted to stay in.

Since that move their family has grown with two boys and several pets.  One son has graduated university and the other is continuing his university experience.

Walter is a professional accountant by trade.  He holds a CPA designation from The Chartered Professional Accountants of Canada.  Walter owns his own accounting practice with offices in Cannington and Orillia with a qualified staff at each office.  Currently, Walter also serves as the Chair of The Accounting Program Advisory Committee at Georgian College.  In addition to various volunteer work in his communities Walter has also dedicated volunteer services to many organizations including The Cannington Figure Skating Club, The Clarington Swim Club, Brock Soccer, and others.

Walter successfully ran for Brock Township Council in 2010 and served as Ward 3 Councillor on that Council until 2014.  Walter took time off following the 2010-2014 term but ran again in 2018 for Ward 3 and received the largest margin of victory of any Brock contest in that year with 75% support!  Following the death of the Late Mayor Debbie Bath-Hadden in early 2021 Walter was nominated by Council to serve as The Township's alternate representative at Durham Region Council.  Walter currently serves as the Chair of the Brock Township Finance Sub-Committee.

Past organizations that Walter has volunteered with:
Over the years Walter has served on various committees boards including the following:
Over the years Walter has always felt it's important to serve and give back to your community.  Volunteering and serving on Council has been a cornerstone of that belief.  On both terms of Council Walter has served on he has offered and distributed up to half of his Councillor salary to local organizations who have applied.  In 2018 when an electrical fire closed the Cannington Foodland, and the town lost its only grocery store, Walter stepped up and personally drove local residents from Cannington to Beaverton twice a week so that those without transportation could buy needed groceries and this continued until October 2019 when the Foodland finally re-opened.
Walter's goal as Mayor will be to serve all residents and taxpayers of Brock Township.

- Find out who's nominated for which positions

- Confirm what ward you live in

- Information for voters in Ontario

- Information for broadcasters and publishers 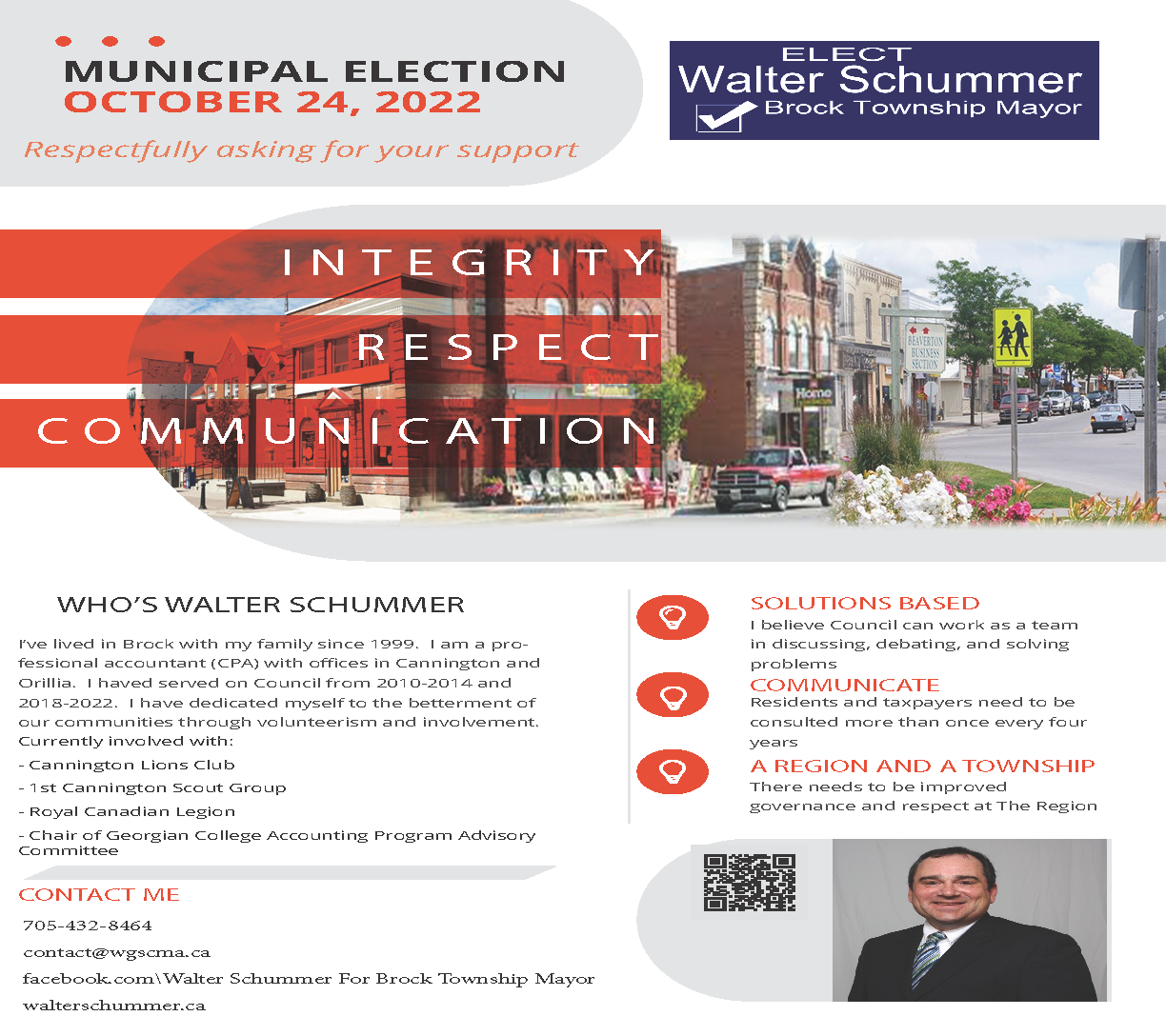 Click on the icon below to download my July flyer.  The flyer will be mailed to all residents and businesses in Brock this week.